My group and I have implemented our research contributions as useful software artifacts—in many cases as open-source software on which collaboration and contributions are most welcome. Other software has shipped within larger systems. 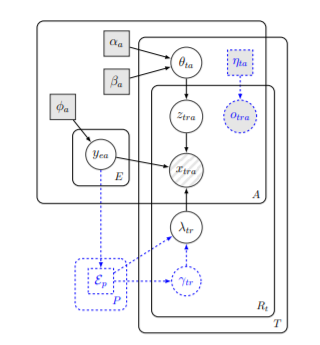 d-blink is an open-source Apache Spark package for end-to-end Bayesian statistical record linkage. The package implements our [Marchant et al. 2020] extensions to the blink model of [Steorts 2015]. As a fully Bayesian model, blink models a (posterior) distribution over all matchings of records, useful for propagating uncertainty through downstream analyses. The approach is also unsupervised, meaning it does not require ground-truth annotations of examples of matching records to train on. d-blink makes a number of non-trivial extensions that facilitate distributed inference for significantly scaling blink up to larger datasets. 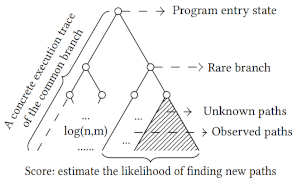 Legion is an open-source concolic (concrete-symbolic) execution tool that balances fuzzing and symbolic execution for software bug discovery, using the AI technique of Monte Carlo tree search (MCTS) as detailed in [Liu et al. 2020]. Fuzzing generates concrete inputs at low cost, without guarantees of coverage of deep execution paths; symbolic execution can compute inputs for all paths, but is challenging to scale due to the path explosion problem.

diffpriv is an open-source R package for privacy-preserving machine learning and statistics. The package implements numerous mechanisms for guaranteeing differential privacy—the leading framework for releasing data analyses on privacy-sensitive data in aggregate while protecting privacy of individuals, deployed Google, Apple and the U.S. Census Bureau, and awarded the 2017 Gödel Prize in theoretical computer science. The mechanisms implemented include our Bernstein mechanism for releasing functions such as classifiers trained on sensitive data [AAAI’17]. Notably diffpriv also implements our sensitivity sampler [ICML’17] for easy privatisation of black-box functions including programs, for which mathematical analysis required for differential privacy is difficult or impossible. The package is distributed on CRAN and hosted on GitHub. 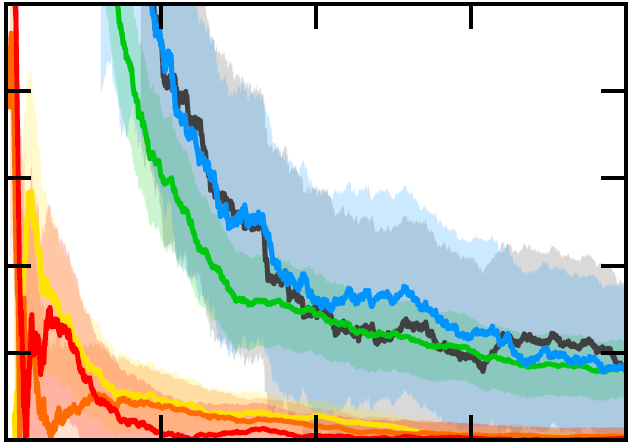 OASIS is an open-source Python package for efficient creation of labelled classification test sets under extreme class imbalance. A common approach to creating test sets from an unlabelled pool of data is to sample uniformly points for (expert) labeling, on which a classifier of interest can be evaluated. However under class imbalance of for example 1:100, thousands of labels must be acquired for statistically-significant evaluation. OASIS implements an asymptotically optimal adaptive importance sampler [VLDB’17] for actively sampling points for labeling, such that evaluation can take place under much more extreme class imbalances. The package is distributed on PyPI and hosted on GitHub.

affy is an open-source R package for analysis of Affymetrix GeneChip microarray data at the probe level. Of the several functions and classes implemented in affy, I contributed towards functionality of gene expression detection, as in the early 2000s I was interested in machine learning-based approaches for this task. affy is among the top-5% most downloaded packages distributed through Bioconductor, a major open-source project for high-throughput genomic data.

The following collects datasets that may be used freely for non-commercial, research or educational purposes. I only ask that you cite the paper associated with the dataset, and to consider emailing about your extension so that we might link back. If linking to this page, please use the permanent link

Attribute-Value-Level Matching in the [AAAI’15] paper explores normalisation of attribute values across multiple data sources, where attributes could be categorical, numerical, otherwise and could multi-valued. For example the genre(s) of a movie or the cuisine(s) of a restaurant. To benchmark our statistical approach (based on Canonical Correlation Analysis) against baselines, we crawled and prepared two datasets of four sources each on movie genres (7852 records across IMDB, Rotten Tomatoes, The Movie DB, Yahoo! Movies) and restaurant cuisines (3120 records across Factual, Foursquare, Google Places, Yelp). After performing a simple entity resolution (record linkage) to align matched records across sources, we extracted the attribute to be matched (genres or cuisines respectively). The data here represents keys to the original records, plus attribute values, all in entity-aligned order. Finally, we also used Amazon Mechanical Turk to produce human judgments to evaluate the attribute-value matchings. More details can be found in the download READMEs and the paper.